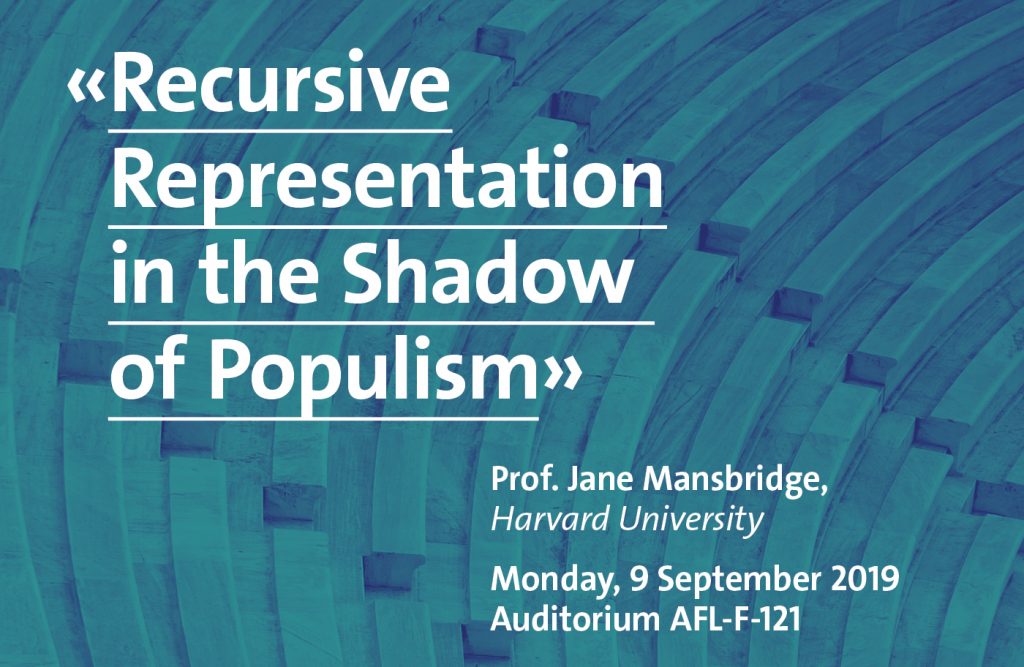 Democracy studies have recently undergone a major change in the way of conceiving representation. Long understood as one political practice among others, representation has been reconceptualized in this new, “constructivist” turn as an inescapable feature of (democratic) politics and lawmaking processes. On the one hand, it is necessary to the emergence and evolution of interests and preferences within the population and to the mobilization of constituencies in political decision-making processes. On the other hand, it is a practice that is not reserved to elected politicians, but one performed by a much wider range of non-elected actors.

This paradigm shift has raised a variety of new theoretical and empirical questions within democracy studies, such as:

These and other questions will be at the center of the Research Workshop “Political Representation in Democratic Systems.” This workshop aims at bringing together researchers from different disciplines (including, but not limited to, political science and political theory, law, philosophy, history, and sociology) in academic discussions about issues related to political representation. The workshop will offer junior researchers (PhDs and Postdocs) the opportunity to present their working papers or project proposals and to gain feedback from all participants as well as from advanced scholars based in Switzerland (Prof. Tarik Abou-Chadi, Dr. Sara Amighetti, Dr. Jennifer Page, Prof. Marco Steenbergen). It will also include a public keynote lecture on “Recursive Representation” by Prof. Jane Mansbridge (Adams Professor of Political Leadership and Democratic Values, Harvard Kennedy School).

About the organizers
This workshop is organized by members of DemocracyNet Alice el-Wakil, Arno Stirnimann, and Chiara Valsangiacomo.
It is organized in cooperation with and thanks to the generous support of the Doctoral Program “Democracy Studies” (DPDS) of the University of Zurich.
Funding by the UZH Graduate Campus via a GRC Short Grant and by the peer-group of the Department of Political Science poliTics is gratefully acknowledged.